We are delighted to introduce this new Partner of the Week blog, which shines a spotlight on the great organisations that support our mission at Babbasa.

The bi-weekly blog talks to the individuals behind these organisations, and goes into depth on their values, their career progression, and their work with us.

This week, we speak to Chris Thurling, who has supported our work through both Bristol Media and Armadillo. 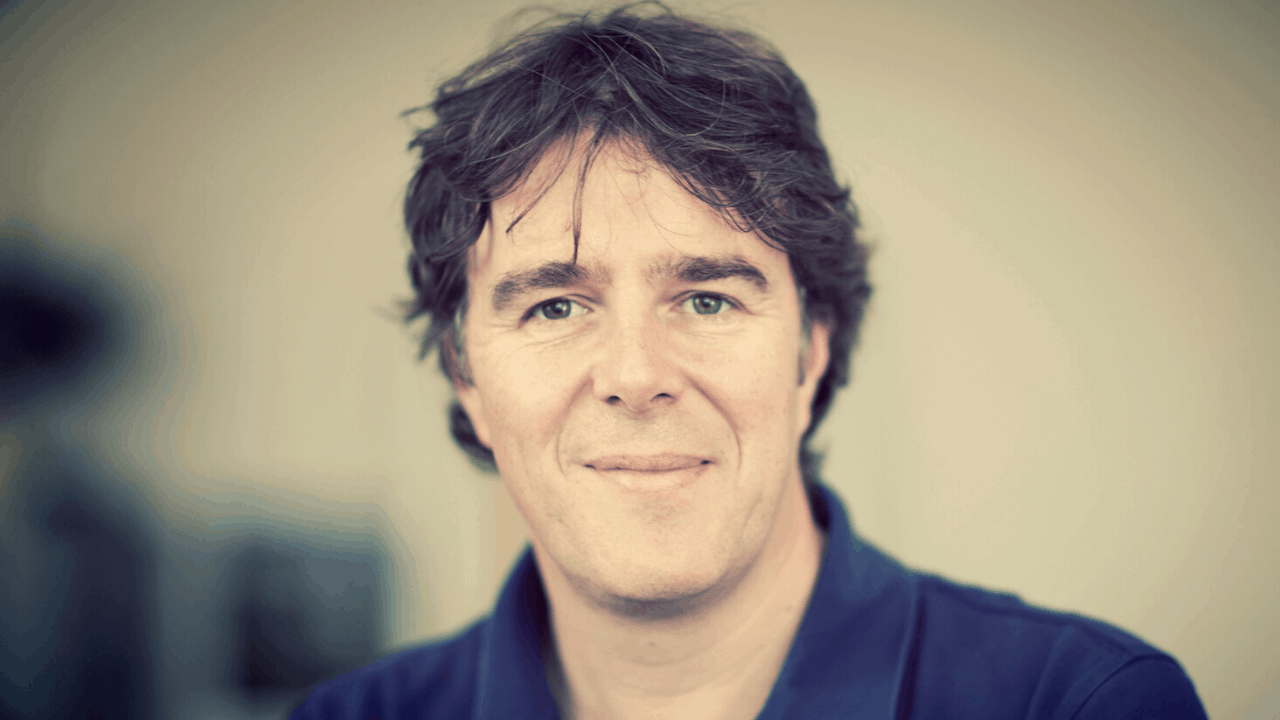 Tell us a bit about yourself. Who are you, where are you from and what’s your job title and role?

I’m Chris Thurling and I’m the Executive Chairman of a company called Armadillo. I’m also Chair of Bristol Media. I grew up in Somerset and went to a comprehensive school in Cheddar.

How did you get to where you are now in your career?

I graduated from The University of Warwick in the 1980s in the teeth of a previous recession, which was not fun. I went to London as a humanities graduate and there weren’t a lot of jobs around, so I returned to The University of Bristol to do a Master’s Degree.

I had started lecturing at a few universities, and it wasn’t until the early 90’s that I came across something called Mosaic – the web browser that first popularised the Internet.

I came across this new thing called the World Wide Web, and it was amazing to have access to this massive network for free. I then decided to leave what I was doing to work for my father who had a small marketing consultancy. It was there that I joined up this world of marketing that I had seen, with the internet, and I thought that these parallel universes were going to come together big time.

I saw that websites would be a marketing platform for brands, and almost accidentally sold a website to one of the clients of my father’s business with no idea of how to deliver it. But one aspect of starting a business is having the confidence to deliver something for someone even if you maybe don’t know exactly how at the time.

I met up with freelance designers and computer science undergraduates at The University of Bristol and put together my first website. That experience gave me the idea I wanted to work for myself. I also learned that brands at the time were having to compromise by either going to a technical company with no design expertise, or a design company that didn’t have a clue about the technical aspects.

So I created a company called 3Sixty in my daughter’s bedroom with a small loan of £2,000. I bought a laptop and a modem and started a business with the proposition that you don’t have to compromise; you can have a website with great design and technical expertise.

I grew it and moved to The Triangle in Bristol, where I ran it for 17 years. Eventually,  we worked for big brands like Renault, ITV, and Microsoft, and it became a 7 figure business.

I met a guy in the late 90’s called Jon who still runs 3Sixty now. We ran the business together until 2012, by which time I felt that I had fulfilled all goals and was ready for a fresh challenge.

I had a period of doing coaching and mentoring and non-exec roles for different organisations because I’d learned a lot about running a small business, mainly through making a lot of mistakes, and through surviving two other economic crashes. I brought that experience to companies in the Bristol and Bath areas.

I was ready for another challenge, so the opportunity came up to start working for Armadillo, which does customer relationship marketing with big brands such as McDonald’s and Disney. I did a management buy out about two and a half years ago with two other colleagues. That’s now my day job as well as my work with Bristol Media, who I’ve been involved with for 10 years.

Where does your passion and commitment to helping young people come from?

I’m passionate about supporting young people because I want to help provide equal opportunity to the next generation of young talent. I come from a relatively privileged background. I didn’t go to a top school, but I’m very conscious that I was given some support, like my father having a marketing business, which helped me to get me into the world I’m in. I was also able to use clients from that work to get where I am.

Everyone needs a break, and chances aren’t distributed evenly. Some people have more opportunities than others and that’s not very fair. It’s not about giving any young people special treatment but giving a bit of a break to those who have not had the advantages that others have had. It’s then down to them whether they’ve got it in them to take advantage of those opportunities.

The industry I’m in can be very difficult to get into if you don’t have the right connections. Creative industries can be quite nepotistic and a lot of people can be locked out. I’m very passionate to do what I can do as one individual to make it more about who you are and not who you know

What are your ideas and values when it comes to young people, ethnic diversity and equal opportunity?

What I said applies to a lot of people, but particularly those from BAME backgrounds, in that those communities are underrepresented in our industry compared to the population at large.

We have a challenge with people from working-class backgrounds as well, but there’s clearly a disparity with ethnic makeup in the creative industry in Bristol.

It’s a big societal problem, but you have a moral obligation within your own industry to try and do something to shift things in the right direction. Because of my position, I feel a moral duty personally to try and show some leadership on equal opportunity.

There have been some big changes over the past few decades in women’s equality in this industry. As a child in the 70’s, I used to go to my father’s company, and with one exception, women were only working as typists. Almost everyone in advertising was male unless they made tea and did typing. There are still issues around pay gaps and getting women into leadership positions, but if you walk into an advertising agency now, there’s a good chance you’ll see as many women as men, and maybe even more.

That took some women to break down the doors and be role models to shine a path for other women. The strategy that I feel Bristol Media can be a catalyst for is supporting talented creatives from BAME backgrounds – young people like Okori, Jasmine, and Marissa who we were able to support alongside Babbasa – get them established, and then they can be pathfinders and inspiration for others.

Other creatives can then look at our industries and say ‘there is a place for me, because I can see other people who come from a similar background to me.’

I’m confident that in another 10-15 years, things will look very different but that won’t happen by itself. It needs people to put in elbow grease.

How did you first hear about Babbasa?

A member of the board of Bristol Media talked to me about Babbasa and said ‘they’re doing good things’, and at around about the same time, I started talking to Urfan. We got chatting and that’s where the two of us cooked up the idea for what is now the Ben Martin Apprentice Award about 4 years ago.

It was a joint idea to do something that would get noticed and wasn’t just another mentoring scheme, but something that could transform one person’s life, and get them into the industry, networked, and with real experience of working for some top local agencies.

I’d say that you’re a very creative organisation, very in tune with the young people that you are representing, so it feels like, when I talk to anyone from Babbasa, that what I’m hearing from them is an authentic voice from young people in the city. With the best will in the world, I’m a middle-class white man with a certain network and community and you need to join up with other networks to reach people that you wouldn’t otherwise reach, so you’re great at being able to plug into a different part of the city.

And vice versa; I can plug you in. I think Babbasa feels like it has a very clear vision for what it’s trying to do every day, and the values of the organisation I think are very well-grounded and quite inspirational.