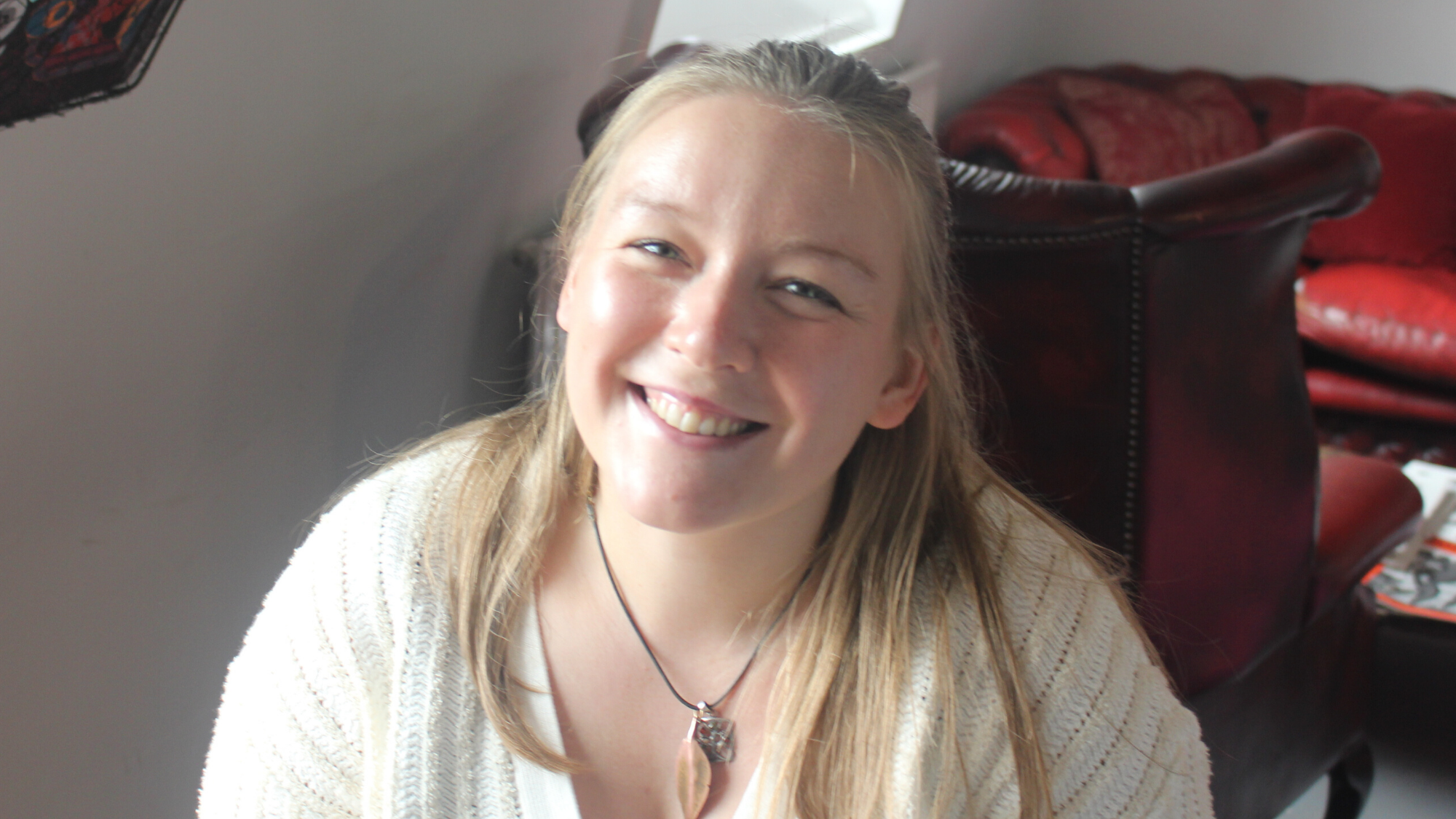 My role as Challenge Programme Lead is to be responsible for the Challenge Programme and also the delivery of our LifeShops, which are our professional development workshops. For the Challenge Programme, the Youth Ambassadors need to deliver a social action project, so my role is to oversee the running of their project, deliver training, and support them in anything they need. Ultimately, the project that they do is theirs; I’m just doing the grisly bits and the nuts and bolts behind setting it up.

I really enjoy getting to know the Youth Ambassadors, hearing them talk about what social issues mean to them and the changes they want to see in the world – That’s what motivates and inspires me; hearing what young people have to say, what they want the world to look like, and helping them to achieve that. This is the world that they’re going to inherit so they should have a say.

Before coming to Babbasa, I worked for Brook for a while, which is a sexual health charity. I was an Education and Wellbeing specialist; running drop-ins, doing outreach work, delivering training for other professionals on issues like gender, consent, STI’s, working with schools e.g. with PSHE delivery, and some promotion, like writing articles for Rife magazine, and doing a video tour of a sexual health clinic.

Before that, I was a secondary school teacher, in History and Politics, PSHE, Citizenship, and Ethics. I ran a lot of clubs, like a debating society, and a model UN, where students went to compete at other conferences. Organising the model UN was very similar to what I’m doing now at Babbasa, in that I would arrange how the young people got to the conferences, but they chose where we went, and the topics that we did. By the end, it was basically self-ran – all I had to do was turn up and hold the space.

I heard about Babbasa about a year ago, as an organisation that were doing really interesting things for young people from backgrounds that don’t usually get represented. It really stood out to me as an organisation that works within its principles. Babbasa’s beliefs aren’t something that are just written down in a folder, they try to act based on those beliefs – which made them stand out as a good place to work.

I’m really looking forward to our young peoples’ next event, which will be something new and ambitious. I want that to be successful and powerful and meaningful. My hopes and ambitions are entirely tied to the young people that I work with because I want to serve them. That’s all I’ve ever wanted to do – help people. It just so happens that working with young people is what I specialise in.

Outside of work, I would like to do a sprint triathlon soon. I used to run, and I’ve been meaning to get back into running for a while, but I’ve had a few injuries, so I need to build my endurance back up and then work towards an event, even if I have to go a little slower than I used to.