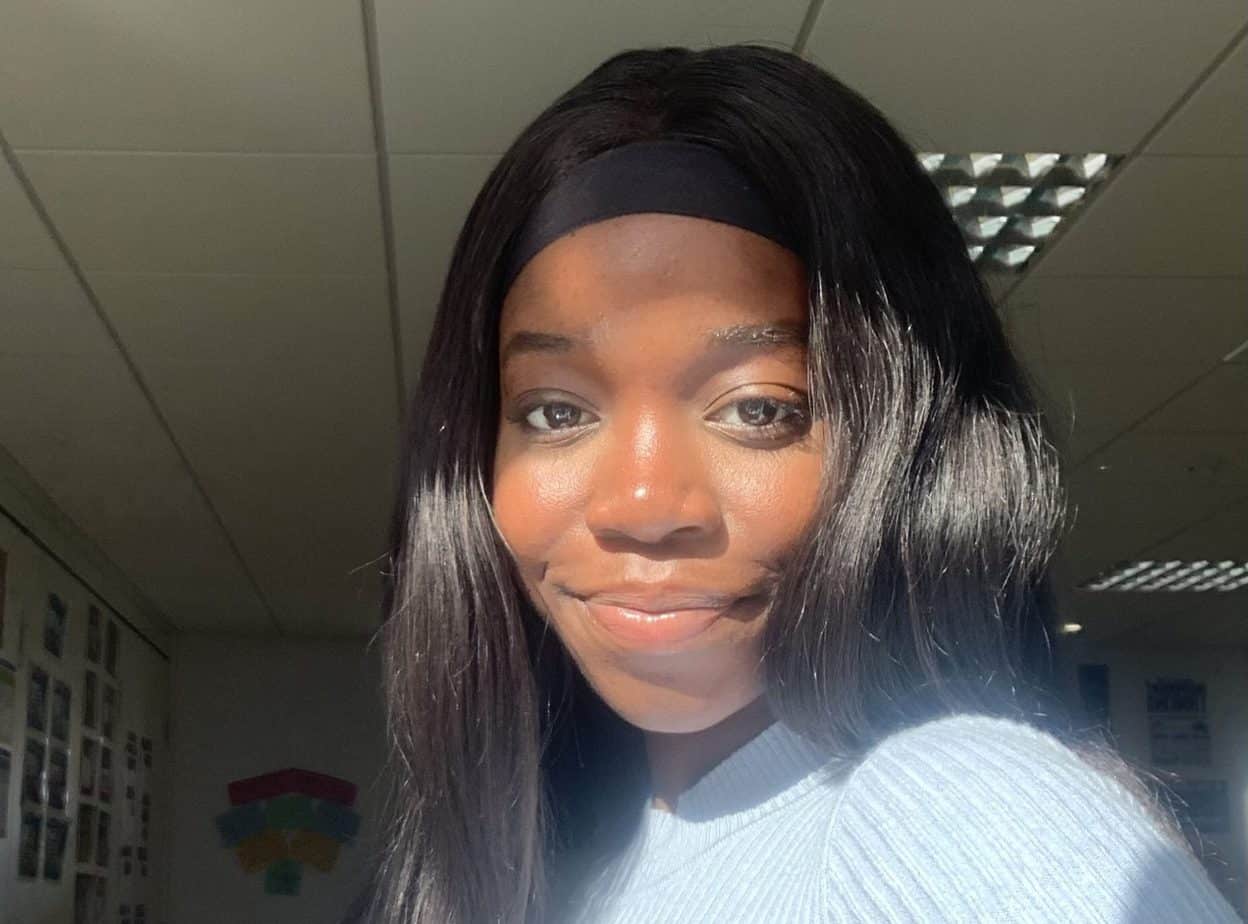 Having recently secured a job in the pharmaceutical industry, Ruth reflects on the impact of Babbasa’s mentoring scheme in helping her achieve her goals.

My name is  Ruth Gbao and I’m 17 years old. At the moment I’m in my last year of sixth form doing my A Levels and in my free time I enjoy dancing and playing sports.
In the future I aspire  to become an experienced pharmacy technician, which will open more opportunities for me, for example becoming a pharmacist. I would like to achieve my goals through an apprenticeship, but due to COVID less companies are recruiting apprentices. This became a barrier because it meant less apprenticeships this year.
What motivated me was keeping my goal in mind and actively looking for work placements and apprenticeships.  My friends sister was a Babbasa Ambassador and she invited us to a programme. In the text I received with the zoom details, I also saw that they did work placements, so I replied saying I was interested in a placement. Then I had a phone call with Pravanya and she told me about the mentoring.
Once I secured my place in Babbasa’s programme I was It involved me having meetings with my mentor who was a pharmacist. She gave me advice, helped me prepare for my interviews and helped me understand the different job roles in my chosen profession. Being paired with someone in my chosen profession was probably one of the best parts of working with Babbasa because she had the first hand pharmaceutical experience that I was searching for, which non pharmacist wouldn’t have.
My career goals still remain the same, as my original goal was to do an apprenticeship in pharmacy. But now I’m less worried about getting a placement as I have now got a job in the pharmacy setting.
If I had any advice to give it would be to try get a mentor or a role model in your chosen profession. This is because when first going into this, I originally thought I would get a mentor, but not specifically in pharmacy, so finding out my mentor would be an actual pharmacist was amazing. However, even if there isn’t mentor for your profession available, having a role model and small goals that lead on to bigger goals is great.

We believe Bristol’s most marginalised deserve access to support at their own pace; have their voices heard; and have access to real work opportunities.

Do you believe that too? then get in touch!