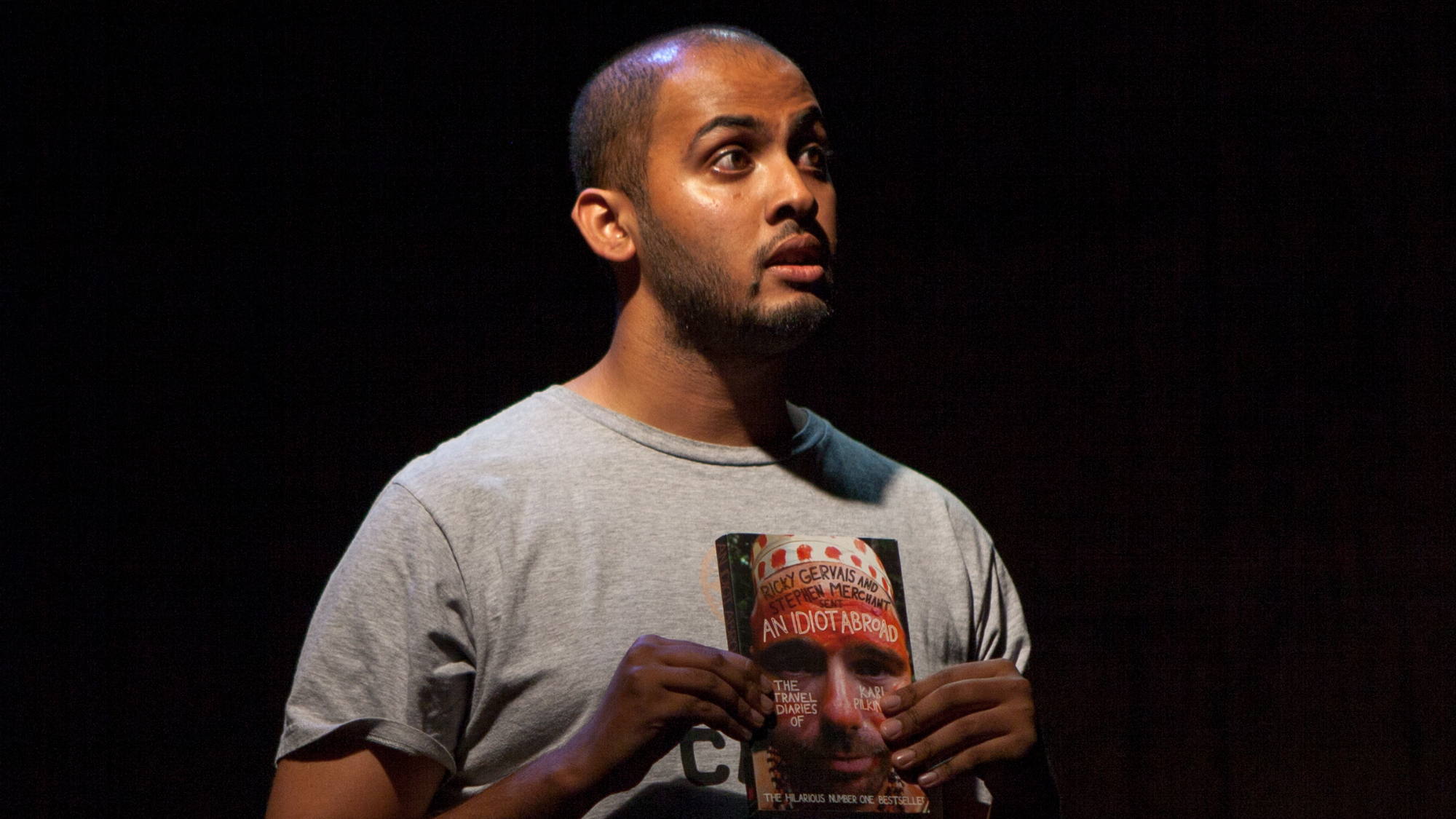 Hari Ramakrishnan (also known as Pariah Khan) is currently touring his one-man-show, An Indian Abroad, which he stars in, writes and produces.
Having lived in multiple countries, the show plays on Hari’s experiences of moving to Britain as an Indian, and India as a Brit. It also pokes fun at many of the middle-class white men that Hari heard about at school, who became a ‘cultural experts’ after their gap year abroad.

Now, selling out theatres across the UK, Hari is far removed from just a few years ago when his career was stagnating. After finishing his degree, and spending some time living in London, taking acting gigs in the West End, Hari moved back to Bristol, with a confidence in his abilities, but lacking in opportunities.

“A couple of years after I graduated, I came back to Bristol and the connections that I had gained in London were lost,” Hari said. “I had an opportunity to do a couple of things here and then, acting and directing but they were fairly short pieces; normally around 10-15 minutes long. There wasn’t anything on a larger scale.”

Hari joined Babbasa’s Challenge Programme in 2016 and was one of their Youth Ambassadors. He received some soft skills training and was given a mentor from within his industry. Through Babbasa, Hari was then recommended for a role as an assistant producer for a show called The Record, which was being produced by arts organisation, In Between Time. As an actor and writer, the role of assistant producer was something which was new to Hari, but something which also proved to be an invaluable experience.

“I got the chance to work on a show that was headlining Bristol Old Vic for three nights in a row and gained first-hand experience of producing. he said. I got to see all the ins and outs, rehearsal schedule, consent forms, behind the scenes stuff, and even child safeguarding. All of that was new to me. It was scary, not knowing any of that. But then I was given the opportunity to go into directing and acting. 100%, it helped me. I enjoy knowing everything that’s going on and now I had the language to go with it.”

Hari added that getting the opportunity to work as a producer was crucial for him, not only because of the value that was added to his CV, but also because of the confidence that it instilled in him.

“It was quite pivotal. I don’t think without that initial experience I would have the confidence to be where I am now,” he said.
“You can have all the ideas all in your head, but that doesn’t mean anything and if anything, it causes more anxiety because you haven’t done it. I developed an idea of when things were going wrong or if there was an issue with the rehearsal process, and also how to deal with those issues; which helped me realise that I can do it. The other important thing was that it was a paid job too, which meant that I took it more seriously.”

The connections, networks, and opportunities that Hari gained through Babbasa proved especially important for Hari, given his geography. Hari grew up in South Bristol, an area which he said was very homogenous, and lacked a vibrant arts scene.

“My surroundings made pursuing a career in theatre way more difficult,” he said.
I grew up in South Bristol, which is an incredibly white area. It made it harder for me to see anything that I could be doing because it was hard to see representation. It’s not a very well-funded or a very well cared for part of the city, and there’s not a lot of investment in heritage and culture, which made me question whether I would be able to do it or not. Performing as a student at St. Brendan’s College as well was so important for me at that time. If didn’t get the experiences to validate what I wanted to do, like at St. Brendan’s and through Babbasa, I would probably continue to struggle from here forward.”

He added that being from an ethnic minority background in his industry meant that he needed to grow and sustain multiple networks:
“I was working with Rising Arts Agency as well, he said. They have mentoring programmes for people aged 16-25. I had a mentor to help write an arts council bid, and who helped get to where I am now. Some people might need the support of multiple networks because many people already have multiple networks.”

Hari is coming to the end of his tour of An Indian Abroad at the end of July, after having spent a year performing across the UK.
He is currently working on a short film adaptation of his show and working on a second show for another tour. He also works as a professional wrestling manager.
Hari said: “I’ve established myself as a performer now, so I’m looking forward to taking the next steps in my career and taking on new projects.”