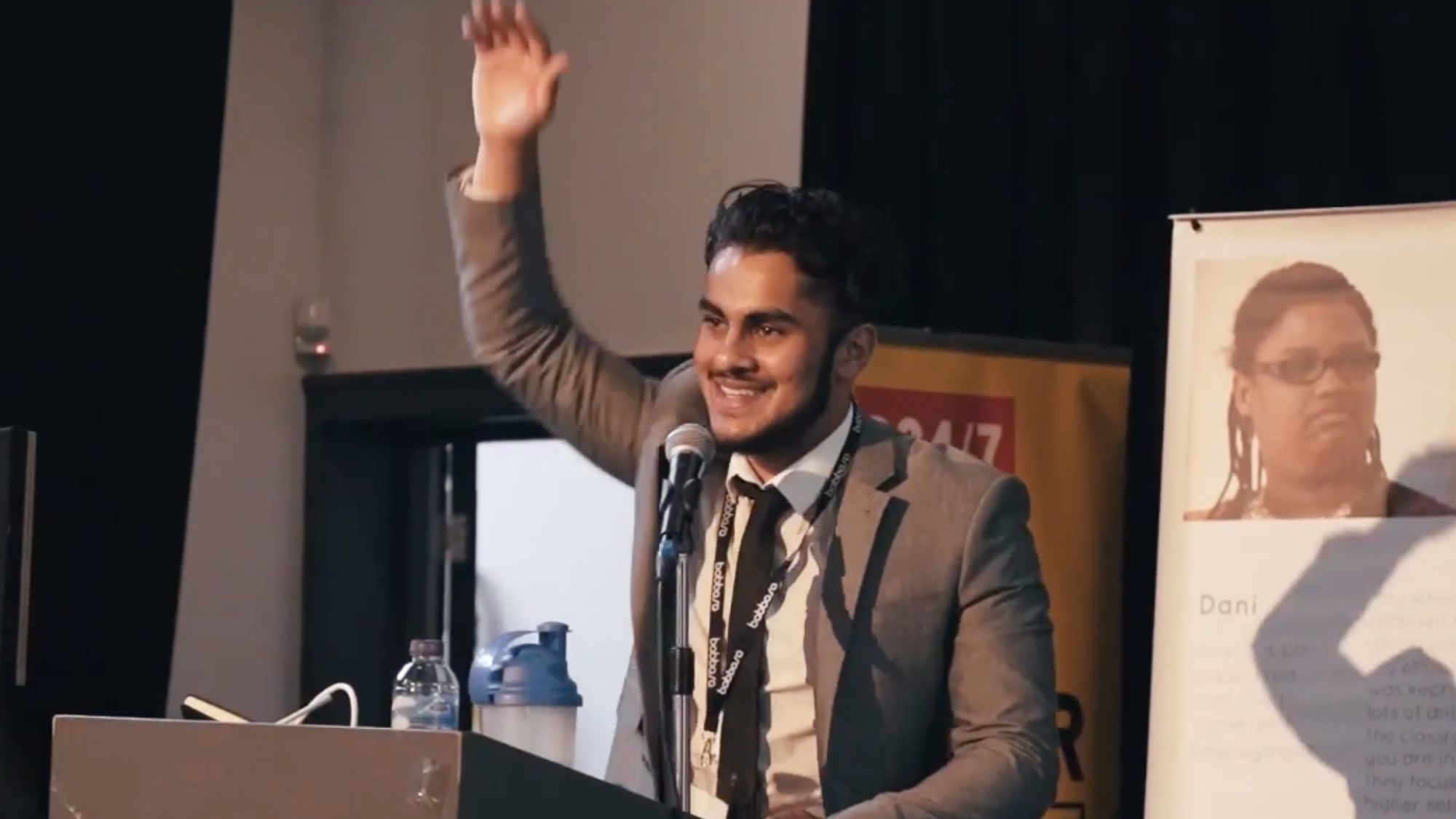 Hi, I’m Jeril, and I’m a social media and marketing manager from Bristol. At the moment, I’m studying Business Management at UWE. I was born in South India, and spent a couple of my early years in Oman. I came to the UK when I was 4, and lived here for about 9 years. I went back to India in Year 9, and spent a year at a boarding school. At that time, I was living on my own, so I had my own responsibilities. Coming back to India was difficult. There were bad perceptions of me, as someone who’d lived in the UK, and I struggled to integrate. When returned to the UK, it was difficult to adapt again, because of things like accent changes and tradition and lifestyle changes.

I first heard about Babbasa in November 2018. I was in town with Tyreke and Chris (both Babbasa Youth Ambassadors), and they were going to come here for a Spotlight Session. At the time, I was a bit like ‘nah I don’t want to go’, but my friends pushed me to come here, and it was a great event. Everyone was very open-minded and it was really fun. I spoke to Pravanya, who said coming here was one of the best things she’s ever done, and so I did some more Spotlight Sessions and then became a Youth Ambassador, and started organising things for Ask About Me. My role was to be social media lead – so I was in control of Babbasa’s Instagram, Twitter, and Facebook accounts. I also hosted Ask About Me. I was given the social media role because I have an interest in marketing. Before that, we did loads of activities to help find out my strengths, and what I would be best at. I was really happy to get social media – I did lots of interviews with other Youth Ambassadors and partners of Babbasa, and I made different types of content, which were targeting young people. I enjoyed being in front of the camera, and I managed to increase the following of all of the Babbasa accounts.

I really like being in front of the camera now, but before doing making videos for Babbasa, and doing interviews, I didn’t think I was. I used to have a YouTube channel, but I felt a lack of confidence. When this opportunity came, I’d never done interviews, but it was a new skill that I got the chance to learn through this period. Doing the interviews has helped me to be a better communicator, and you need to have that skill, because video marketing is very important for a business. Now that I’ve learned that skill, I’m able to be a good
representative of a business.

Babbasa placed me outside of my comfort zone. I can be very anxious about meeting new people, but coming here has really changed that and made me more open. Before Babbasa, I didn’t think about all of the opportunities that are out there either, but they have opened my eyes to a lot of the successful people from ethnic minority backgrounds in Bristol. In the future, the end goal is to start my own business. I have passion for fitness, and social media so I’m hoping to combine both of those passions.