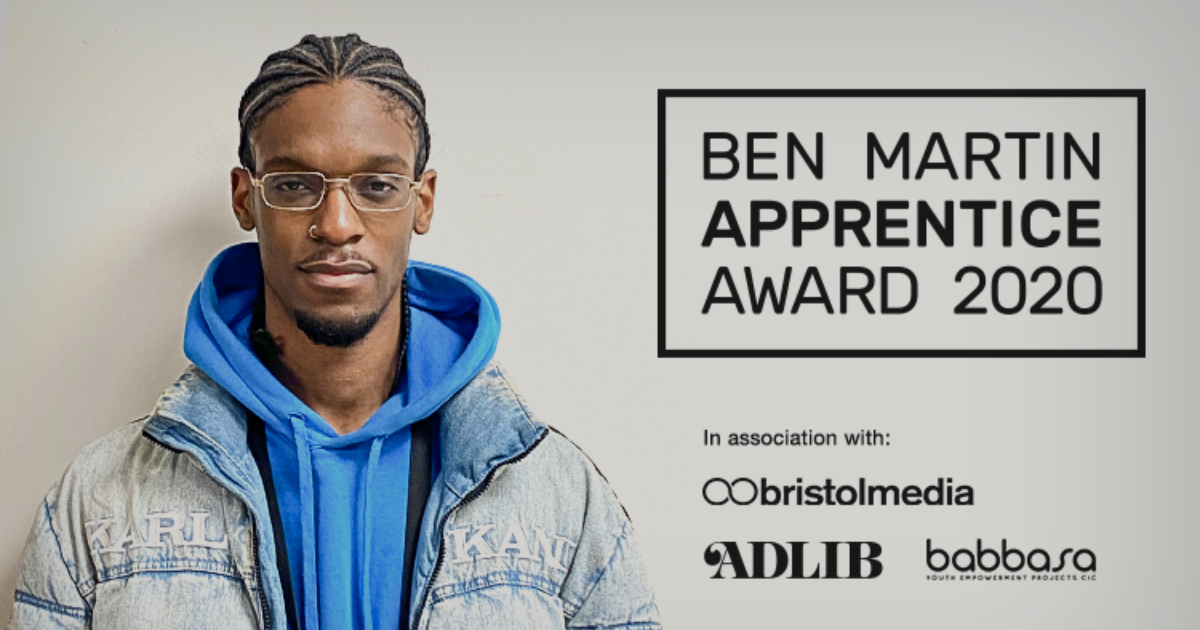 I was born in Bristol and most of my family is from here too. My grandparents came here during Windrush. As far as I know, my family lived in St Pauls up until I was born, Then we moved to fishponds. We were the only black family in the area.

Fishponds was cool, to be fair. It was quiet, and I made some good friends. I think it was probably harder for my older brother, you know? – St Pauls being predominantly black and Fishponds, back then, being the complete opposite. I think, for me, and by the time I was of age, it wasn’t much of a big deal.

I’m fortunate, in that, most of what I do now, for work, is what I used to do for a hobby in my bedroom. So that’s cool. At my core, I’m an artist; I like to create things; Be it with code, paint, a camera or otherwise. When I was younger, I used to draw, like, Anime characters, you know like Goku from Dragon ball Z? And it just evolved from there. The gag is I can’t draw anymore, I’m terrible now. I just use my computer.

I like to read. Mostly non-fiction books on philosophy and psychology etc. I like to read great thinkers and see what made them so interesting to others. So yeah, I guess I’m kind of nerd lol. I’m trying to read more fiction too.

My favourite book has to be The Alchemist by Paulo Coelho – I always recommend it. Its profound to an almost biblical degree – It’s just a story about a shepherd with a deep underlying message. The core idea is that “Once you decide what you want, the whole universe will conspire to let you have it” – an statement I agree with. I think this year alone has been a testament to that. Things just oddly manifest, I mean, you do have work for it too. A strong work ethic and vision go hand in hand.

The biggest challenge that I’ve faced was making a film with the BBC. The main reason being because, well, it was my first film, ever. On top of that, having to manage budgets and, especially, people takes care. Sometimes, understanding how they work is as, if not more, important than understanding what they’re working on.

There’s a lot of pressure. As the head of the project, if you crumble everything crumbles, so you have to hold it together, even if you deep down you’re in shambles.

It was a short film abstract film called A Fashion Show, which was a metaphorical piece, on race. It was inspired by my experience growing up black in Bristol. I wanted to give as an authentic expression of what goes on inside my head as possible. I wanted to make something that 5 people could watch and leave with 5 different interpretations.

The film showed me that being authentic works. When I pitched it, I was unsure if anyone else would even get it, let alone like it, because, yeah, I like the idea but, that doesn’t mean anyone else will. Now, I think about it, shout out to the BBC lol.

I met Poku at the Hear Our Stories event in 2018 and wanted to link up. So, we did. I got on really well with him and then next thing you know he brought me in to Babbasa.

Hmm, yeah, a few things made me want to stick around. I get on well with the people there, and I think what they’re doing for Bristol is great. To be honest, there’s a lot of young people in Bristol who aren’t just doing great things, they’re setting a precedent. And most of them are supported by Babbasa.

I’ve been named the winner of the Ben Martin Apprentice Award for 2020, and I’m just grateful, to be fair. To the people at Babbasa, and friends, who suggested I apply, to the people at Bristol Media, McCann and Adlib who I was fortunate enough to meet and talk too. It’s cool.

My advice to other young people would be to be yourself – it gets said a lot but it’s true. No one can be a better you. People respect authenticity more than anything else. Also, make sure that whatever you do aligns with your values. Then the outcome will always be good. Having the meaning behind what it is that you’re doing is what gets you through it. Be consistent. Write things down. Once you get a rough idea of what you want, make a list of goals, and then break it down into little steps.

There’s a lot that I want to do in the future. Right now, I really want to explore the tech side of things. But also, just develop; as a person. I want to experience more cultures, see more and ultimately, learn more.