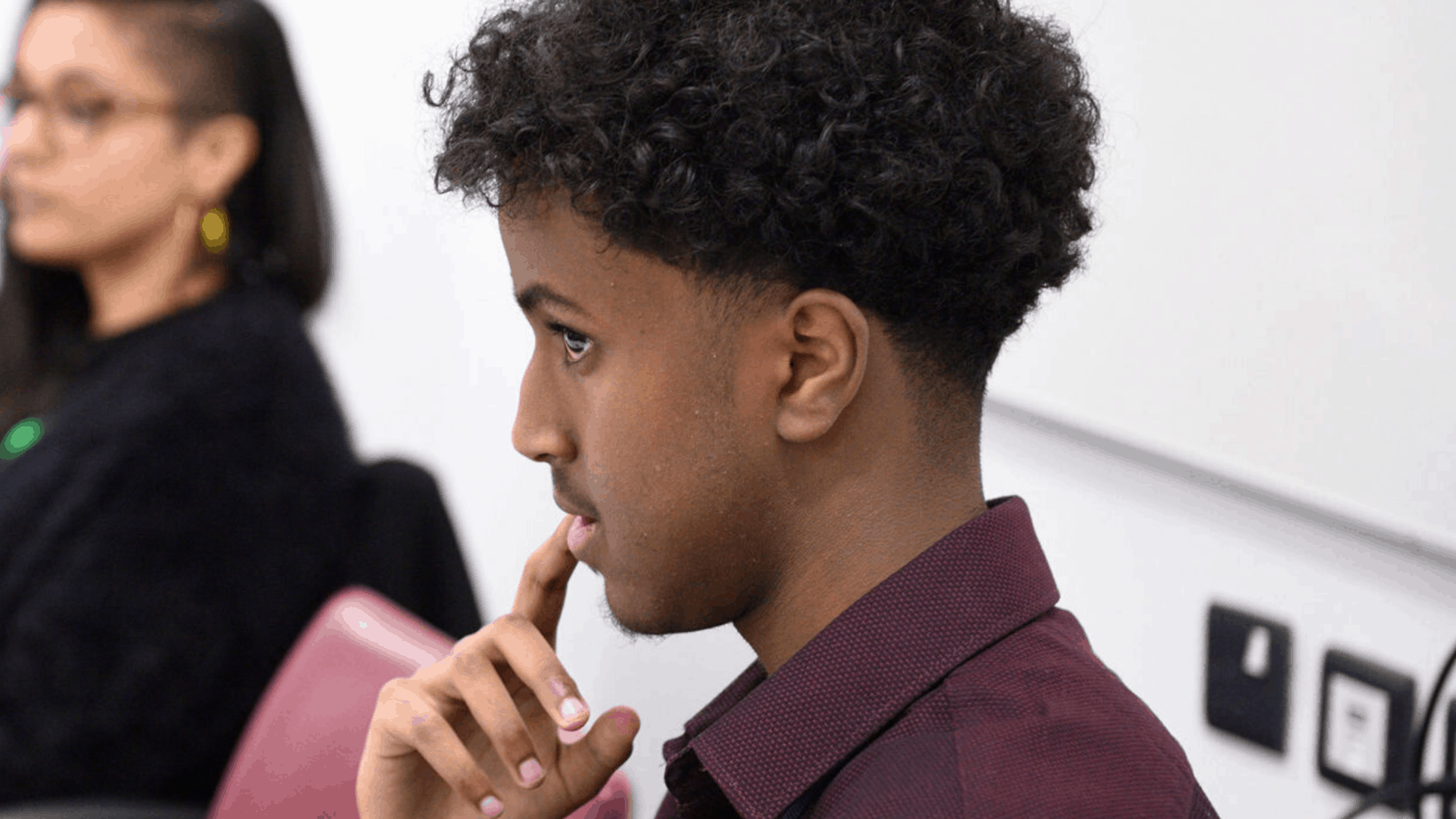 I’m from Bristol, but I was born in London but grew up in Bristol. Both my parents came to England as refugees of the Somali civil war. I am 1 of 6 children in the family

I keep it simple with my hobbies. I love watching sports like basketball and playing them as well, but I prefer playing football with my friends. I mostly enjoy listening to informative podcasts or audiobooks because they constantly refresh my outlook on the world; by trying to understand different points of view on certain topics, I try to make sure I’m not just focusing on my own worldview

I like video games as well, and working with Babbasa too, because it didn’t feel like work.

My mum did a lot of community projects to try and improve the inner-city. Naturally, seeing her doing that has really influenced me, and I want to make a similar effect. She also started a social care company called Primeway Care.

Politically, she’s always been involved; she’s really thrown herself into the politics of Bristol and

The youth conference was a really good opportunity for me to do this myself.

Right now, I’m studying at Cardiff doing Religious Studies and History. When people hear that it always comes as a shock, but I always watched documentaries as a kid and was infatuated with it.

As I’ve grown, I’ve enjoyed it even more, which is a great position to be in. I noticed a lot of things in the past happen again in the future, and if people don’t learn their histories, the same mistakes can happen again.

It’s also important to have critical thinking skills. To be able to assess and analyse particular situations is a skill that I’m constantly trying to improve.

I’ve come across lots of different religions and traditions and it’s opened my eyes. When I come across people from different backgrounds it helps me to understand their perspectives a lot more.

I wanted to get involved in the community because for a while, I’ve been thinking that there’s a lack of a community feeling, where people hang out together.

I would have been happy to work in the community centre, but my mum and brother knew of Babbasa and said there was something going on, and then I met Prav a few days later. From there, everything took off.

In the summer holidays, I wanted something to do, and get some experience. Luckily, Babbasa was about to host a conference so it was a great way to get involved.

It was a youth conference and a way of young people in the city to express what change they want to make in key areas of improvement. It was a way for us to get involved in change.

We hosted focus groups, which was how we made the manifesto – I hosted the Health and Wellbeing one.

It was exciting because I’ve never seen that many people passionate about change in the community.

Normally, when you hear talk about politics, it’s just complaints, but people there were talking about what they wanted to see, which was quite humbling.

The vibe was that we want more of these kinds of discussions. It was amazing to see, and I hope the dialogue continues.

Later, we had a chance to find and invite experts in specific fields to our youth conference, in order to try and find a way of achieving the goals of young people.

I was involved in the Climate and Planet panel discussion, which was really interesting. There were so many passionate people in the room.

As a Youth Ambassador, I gained a lot of skills, from the set up of the conference; from coming to meetings every week, to coming to fares and talking about Babbasa.

The first fare I went to with Mich, I struggled. She was so good, and I couldn’t talk to people but each time you go to more things you get better and better.

I improved my public speaking skills at the conference, and I benefited a lot personally. It helped me to build my confidence.

After the youth conference, I was offered a place on the One City Economy Board. We need to get young people exposed to apprenticeships and get companies offering to speak to young people and try to get them to do them.

With this generation generally, there’s less focus on trying to get to university because they see entrepreneurs online. Business owners need to find more ways to get into the community and give young people more diverse routes. It’s a major issue that needs to be sorted out.

Getting involved in the community is not going to stop now because I feel like it’s just started. Until I see great changes in the community I’m going to keep going and get more involved. It’s better to get involved now while I have this free time.